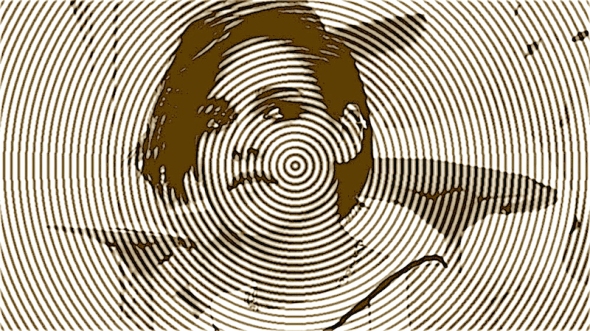 The world’s most famous vampire has this to say about Hollywood:

“It’s like the most gnarly popularity contest in the world…You take high school and make it like in the real world…Hollywood is boring, nasty and dog-eat-dog.”

Pretty frank talk from someone who’s only recently made her reputation, and whose career is still pretty fresh. Usually, this kind of jaded talk comes from vets, retired megastars with nothing to lose.

In part she’s talking this way because she’s coming out in a Woody Allen film that is about this very reptilian aspect of Hollywood. Still, the star of the Twilight franchise pulled no punches.

“There’s definitely an undeniably-opportunistic, hungry, insane fervour that occurs,” says Stewart. “I think human beings are always clawing at each other to get on top. I think that’s true in most industries but Hollywood can have a surface nature that makes it more obvious.”

Perhaps it’s ironic that she’s talking about how rough-and-tumble her business is when she’s promoting an Allen film. Though considered a director who’s easy to work with, Woody has come under fire for some inappropriate behavior off the set that also arguably informs the subject matter of some of his films (Manhattan, most notably.)

Kristen isn’t alone is saying Hollywood is a vast spiritual wasteland. Chloë Sevigny is also talking about her bad experiences—this time of the sexual kind. Sevigny has recently recounted several directors who used auditions to hit on her, try to get her to go out “clothes shopping” with them, and engage in other extra-curricular activities.

Possibly the best line she heard from a director: “You should show your body off more. You shouldn’t wait until you’re as old as this certain actress who had just been naked in a film, you should be naked on screen now.” Whoever he was, subtlety wasn’t his forte.

In all cases, she says, she didn’t get cast, but it shows you what many young women have to go through to end up with their name in lights. It also may explain why many mediocre actresses seem to get more than their deserving share of screen time, while others who are excellent fade away quickly.

As Welsey Shaw knows, it’s a rough world out there, where looks and sexuality determine, often more than talent, who gets cast and who gets passed.

Doesn’t stop a long line of movie star-wannabes from flocking to Hollywood every year, however. The allure of fame is strong.