by Susan Gabriel | Jun 25, 2015 | From the Front Porch: Creativity Interviews 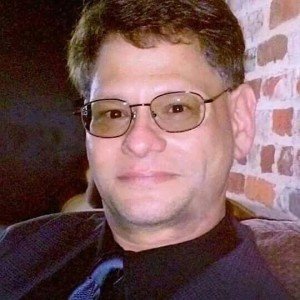 This week’s guest for From the Front Porch: Creativity Interviews is John Grabowski. John has been following my blog since the early years (I started it in 2008!), and has been a frequent commenter. We developed an email friendship as he worked on his forthcoming novel, Entertaining Welsey Shaw. On his blog he has some really interesting things to say about the phenomenon of celebrity culture, which he addresses in his novel. John is one of the smartest and well-read people I know. Please welcome him to our Creativity Interviews.

Tell us a little about yourself. Perhaps what do you do for a living and where you live?

I live in Northern California and I’ve been a copywriter, a newswriter, and a novel writer. Right now I’m on the Marketing and Development Committees of the Peninsula Symphony as we are working to attract a broader and more affluent audience to this truly excellent orchestra.

When are you the most creative? (Who are you with? Where are you? What are you doing?)

I’m a night owl. That’s when I generally get most of my ideas and do my best writing. Doesn’t matter where, really, as long as I can get my fingers to a keyboard. I tend to like the “white noise” of coffee shops, however.

When are you the least creative? (Who are you with? Where are you? What are you doing?)

Mornings. I am not a morning person and never have been. Doesn’t matter how much sleep I get or when I go to bed.

What inspires you and why does it inspire you?

I don’t write fantasy or escapism. Everything I write is deeply-rooted in reality—often the most mundane reality that most people don’t pay attention to. So when someone can see that reality in a fresh and new way, I am inspired and want to do the same.

The great man is he who in the midst of the crowd keeps with perfect sweetness the independence of solitude. —Emerson

What creative project are you working on now or do you hope to work on?

Getting dressed. Seriously, it’s 11am and I haven’t gotten away from the computer yet today. 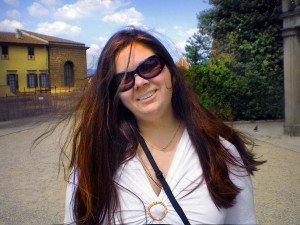 Name one of more of your favorite books. What do you love about them? If they changed your life in any way tell us why.

Of course knowing me as you do you’d expect to see a title by Deborah Eisenberg here. But she writes short stories, though they’ve been collected into books, so we can just assume at least one of these would be one of her titles, probably one of her last two, All Around Atlantis or Twilight of the Superheroes. I think she is the most important fiction writer working today because she is doing things no one else is but at the same time she’s doing it with a vocabulary that wouldn’t stump a high school student and she has probed the fringes of consciousness without resorting to any trendy new writing styles. She shows that direct simplicity can also be complex.

I also enjoy many of Alice Munro’s stories, though I do think Eisenberg should have won the Nobel for her greater breadth and insight. And you, Susan Gabriel, have turned me on to Francine Prose!

Netherland by Joseph O’Neill is probably the best novel I’ve read that’s been written in the last ten years. I also enjoyed his follow-up The Dog, though the critics were pretty luke-warm on that one, for some reason

To The Lighthouse just blew my mind the first time I read it in the way it dealt with the most ordinary events with tremendous depth.

Richard Ford’s Bascombe Trilogy impressed me in similar ways. Or the first two novels did. I thought the third sputtered. There’s now a fourth Frank Bascombe book but I’m not sure if I’m going to read it. I think I’m sort of done with Frank.

Richard Yates’ Revolutionary Road is an understated tour-de-force. And I love Milan Kundera, especially The Unbearable Lightness of Being, and José Saramago, especially The Year of the Death of Ricardo Reis.

Name one or more of your favorite films and tell us what you love about it/them.

In literature I am drawn to realism—you might almost say mundane realism. Robert Altman’s films, or many of them, are of a similar nature. So are Ernst Lubitsch if you want to go really far back, especially the pre-Code ones.

Yet I also love the outsized aspects of Fellini, and 8 ½ and La Dolce Vita are two of my favorite films. They use fantasy to make a bigger point about realism.

So fantasy at the service of realism is fine. Fantasy for fantasy’s sake not so much, even if there’s a “moral” to the story. It’s usually a very simple moral.

Name one or more of your favorite pieces of art (painting, sculpture) and tell us what you love about it/them.

The Milk Maid by Vermeer, though to understand why you’d have to see it in person. The best prints don’t capture the impact. That’s true of any Vermeer.

Rembrandt’s self-portraits, especially the late ones. Same story. They seem to have a history that began before you entered the room to look at them and continue after you leave.

Tell us about something you’re proud of having created, participated in, etc. (not your offspring, please!

This is going to seem ridiculously esoteric, but I intuitively figured out the “Circle of Fifths” in music without ever having it explained to me. I also distrusted a scholarly discovery that claimed a section of Beethoven’s music had been edited incorrectly all these years and had to be revised. Turns out I was right—the copyist made the “corrections” and Beethoven considered them wrong—they are!—and put back his original. But for several years some Beethoven scholars thought the “wrong” way was right and it was even recorded this way. I was never fooled, because that’s not how Beethoven thinks; it has nothing to do with taste.

What are you grateful for? (Today or in general.)

My health. A number of friends have had brushes with cancer or other disease and I have nothing to complain about. I am in good shape overall.

A song/band/type of music you’d risk wreck & injury to turn off when it comes on the radio?

Hip hop. But really most pop.

A favorite show on television?

Don’t really have one.

If you could have anything put on a t-shirt what would it be?

The formula for the Unified Field Theory. I’d then win a Nobel in physics and be famous.

A talent you wish you had?

What’s on your nightstand?

Isn’t this a family blog?

What’s something about you that would surprise us?

Please take a moment to let John know what you appreciated about this interview. Be sure and check out the link to his blog, too. If you’re feeling too shy to comment, consider sharing this post with your friends on your favorite social media platform. Thanks! xo

P.S. A quick note about the title of this series, From the Front Porch:

Here in the South, we love our front porches. They are where we get to know our neighbors and take a load off with our friends. Ideally, I would invite John here to my house, we’d sit with a glass of iced tea, and I’d interview him while a cool breeze moved through the oaks, accompanied by the sound of two rocking chairs squeaking on the floorboards. Instead, I’ll ask you to use your imaginations. I hope you enjoy the breeze!

Susan Gabriel is the acclaimed southern author of The Secret Sense of Wildflower (named a Best Book of 2012 by Kirkus Reviews) and other southern novels, including Temple Secrets, Grace, Grits and Ghosts: Southern Short Stories and others. She lives in the mountains of North Carolina.